According to historical narratives provided by the South Carolina Department of Archives and History, the University of South Carolina, Richland County Library, and interviews with local community members, Mount Pilgrim Baptist Church was established in the Shady Grove section of Center Township, Richland County, South Carolina in the year of 1865, directly after the Civil War. The first church service was performed under a setting called Bush Arbor.  The Bush Arbor was located near “Camp Jackson” base.  During WWII the federal government needed to expand the military installations in SC, therefore, the land around Camp Jackson was acquired by the Federal government.  The landowners were required to sell their property to the federal government and were relocated with the assistance of the Army Core of Engineers.  Most of the land was privately owned including Pilgrim Baptist Church.  The acquisition site consisted of several churches, cemeteries and schools both black and white.  The original church had twelve (12) charter members.

The church operated in the Bush Arbor location from 1865 to 1870 under the direction of Pastor Johnson Simpson. During this period, Ben Simpson donated a two-acre site in order to assist with the building of a log church. The size of the finished log church was about 20 by 30 square feet with a cemetery at the rear of the church. The church was able to seat approximately 150 members.

During the year 1910, a new wood frame church was dedicated to Mount Pilgrim Baptist Church. Both the interior and the exterior of the new church were painted white. The dimensions of the church were about 60 by 40 square feet with an interior decoration of homemade pews and other furnishings. The church

also had a belfry with a bell, two front doors, and a seating capacity of 300 members.

In approximately 1940, Mount Pilgrim Baptist Church was relocated from the Shady Grove area of Richland County to Elise Grant Road. The church was relocated under the supervision of Chairman of the Deacon Board, Hosea Dunlap. Other church members included Mattie Roberts, Jacob Chavis, Dora Nixon, and Carrie Swinton who were responsible for the relocation of Mt. Pilgrim’s cemetery at the present site.  Under Rev. Jackson’s leadership the church was brick veneered by Deacon Willie Watson and other laborers in the late 1960’s.  Very few members had transportation; therefore the majority of the members walked long distances to attend services.  Rev. Jackson retired as pastor in 1972 after 44 years of faithful service.  He departed this earthly life in 1977.

The first Musical Choir was organized in 1961 and directed by Cynthia Ann Jacobs.  The choir would later re-organize and would be called the Usher Board.  .  Early music was accompanied with floor tapping and clapping.  These songs added to our Praise of our Lord and Savior Jesus Christ and encouraged our hearts during these times of revival.  The Senior Choir under the leadership of various directors sung long and common metered songs without music.

The services on the 5th Sunday would rotate among each of the churches in the union.  The churches would send a representative to present on behalf of their church.  The presentation could be in the form of a speech or essay, a poem, or a song.  It was an excellent opportunity for young people to speak publically.   In the late 1980’s, the church withdrew from the Union to begin having church services weekly.

Revivals were held in the spring and fall at each church.  The Fourth Sunday in July commenced Pilgrim’s weekly revival.  There would be 2-3 sermons on Sunday with singing in between sermons. The local churches fellowshipped together and supported each other’s weekly revivals.  After worshiping God, the Sunday service at Mt. Pilgrim would end with a meal prepared by the older women missionaries to feed the revival attendees.  The women would serve the food from the trunk of their cars.  Under Reverend Freeman’s leadership the Fellowship Hall/Dining area were added to the church structure.  This ended the practice of serving food from the trunk of the car.

Until 1974, church baptism took place at a little spring, which was enclosed with cinder block, located across from the Elise Grant Rd. site.   The indoor baptismal pool was built in the rear of the church.  All new members were now baptized in the church.

Under Rev. Freeman’s tenure a small porch was also added to the front of the church.  The church 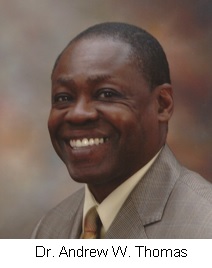 purchased a bus for transporting parishioners to church events.  Rev. Freeman retired from preaching at Mt Pilgrim in 1994 with 21 years of faithful service.  He departed this earthly life in April 2006.

In March of 1995, Dr. Andrew W. Thomas was installed as Pastor and at the Elise Grant Road site.  Dr. Thomas and the members adopted the church’s mission as developing people from the cradle to the grave through spiritual teaching, education, and training to empower them to do the will of God and enjoy the abundant life Jesus Christ promises.

During Dr. Thomas pastorate, the following would be ordained as Ministers and became Associate Ministers:  Rev. Rebecca Pinkney T 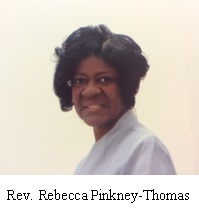 The following would join the board under Christian experience:

In keeping with Dr. Thomas vision from God, ministries were developed to carry out the mission for the youth:  Boys 2 Men, Praise Dancers, Vision Casters/Vision Seekers, Youth Worship Services, Recreational Basketball and a Nursery.  Equipping the future generation with tools to succeed was instrumental in the development of a Summer Enrichment Camp and tutoring program during the academic school year.  The following programs have been implemented through Christian Education--increase in the number of Sunday School classes, MPBC Empowering Men and Women Ministry, and Transformational classes--to address the spiritual needs of the congregation and community. In Mt. Pilgrim’s quest to reach outside the walls of the church, an Outreach Ministry was formed to include Health, Prison, Media, Couples, Evangelism, Food Assistance as well as the Usher/Greeter Ministries, and a Hospitality Committee. The Outreach Ministry adopts cancer patients and addresses the needs of these families.  Additionally overseas outreach has extending to helping relocate Bantu families in America, supplying Bibles to missionaries in Germany and supporting missionaries in Africa.

Under the leadership of Rev. Dr. Thomas, the church continued to grow.  In 1996, the MPBC Constitution and Bylaws were established.  All members wanting to work in the ministry now complete Leadership training and a New Member’s Orientation was established in 1998.

Because of the growth of the ministry at the Elise Grant site two Christian educational buildings which included a library were purchased and structural changes were made on the property and to the church.  Pastors, officers and members worked with the community and saw the need for a Family Life Center, which was dedicated on December 21, 2003, located at 1341 McCord Ferry Rd. Lugoff, SC. Deacon Samuel Roberts, Sr. and Trustee Daniel Grant, served as chairpersons of their respective ministries during the building and dedication of Mt. Pilgrim Family Life Center.

This is now our place of worship. 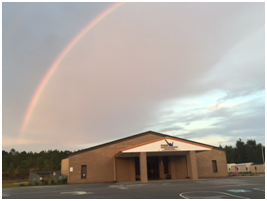 We cannot go forward without knowing from whence we've come. We thank God for the work and prayers of our forefathers in the up building of God's Kingdom. 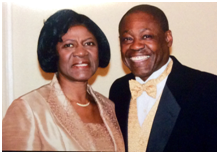 Join the youth as they pray and worship God. [read more…]